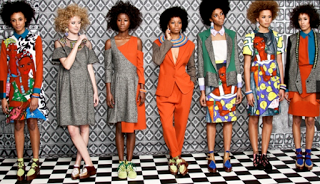 by Clutch
Is an afro still a political statement? It’s a complicated question for the African-American community, whose hair is tangled in the web of American racial politics.

The weight of the issue doesn’t stop journalists from attempting to explore it. New York Times writer Ruth La Ferla examined the political significance of the new afro, determining that it’s “a kinder, gentler ‘natural’ pretty much shorn of its militancy” compared to the style of the 1960s era.

She writes:
The style’s current iteration bears little kinship to the anti-gravity hair flaunted in the late 1960s by Angela Davis, Eldridge and Kathleen Cleaver and other icons of the Black Power movement. “In the ’60s the Afro was looked upon as ‘Wow, you’re stepping out there, you’re really going against the grain,’ ” said Andre Walker, the man who fluffed Ms. Winfrey’s wig into its umbrella-size proportions. In contrast, “When I talk to a lot of the kids from this generation,” he said, “the whole civil rights movement, it’s very vague to them. I don’t think they really know the meaning of how radical an Afro was in the day,” Mr. Walker added. “It’s a different time now.”
She interviewed other subjects who echo Andre Walker’s sentiments, including a Brooklyn resident, Tamar A. who said “This is just how my hair grows out of my head. I’m not trying to make a statement. I’m just more comfortable being who I am.”

Sofia Loren Coffee, who appeared in Michael July’s book “Afros: A Celebration of Natural Hair,” said: “I don’t wear my hair natural because I’m strictly Afrocentric or don’t believe in the white man’s perm. I wear my hair this way because I truly think I look adorable with natural hair.”

La Ferla also wrote about the current mainstreaming of natural hair through product lines and a few Fashion Week appearances (compared to the marginalization of Afros as an unwanted reminder of ‘otherness’ in the 1960s).

Not everyone agreed with La Ferla’s assessment of the new apolitical afro. One reader commented:

Whether it is the writer of this article, and/or some the kids sporting them, it is naive to think that a large afro is no longer read as a political and social statement. Wear a big afro outside of a big city and analyze the reaction.
It is also interesting to hear commentators chastising black women for straightening or weaving their hair, but no such statements about white women dying, curling and straightening their hair. 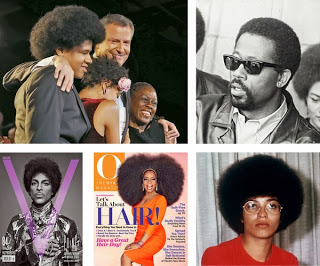 What’s your position ? Leave comments below. 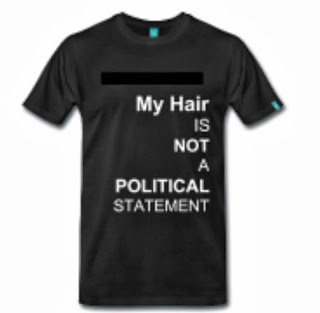