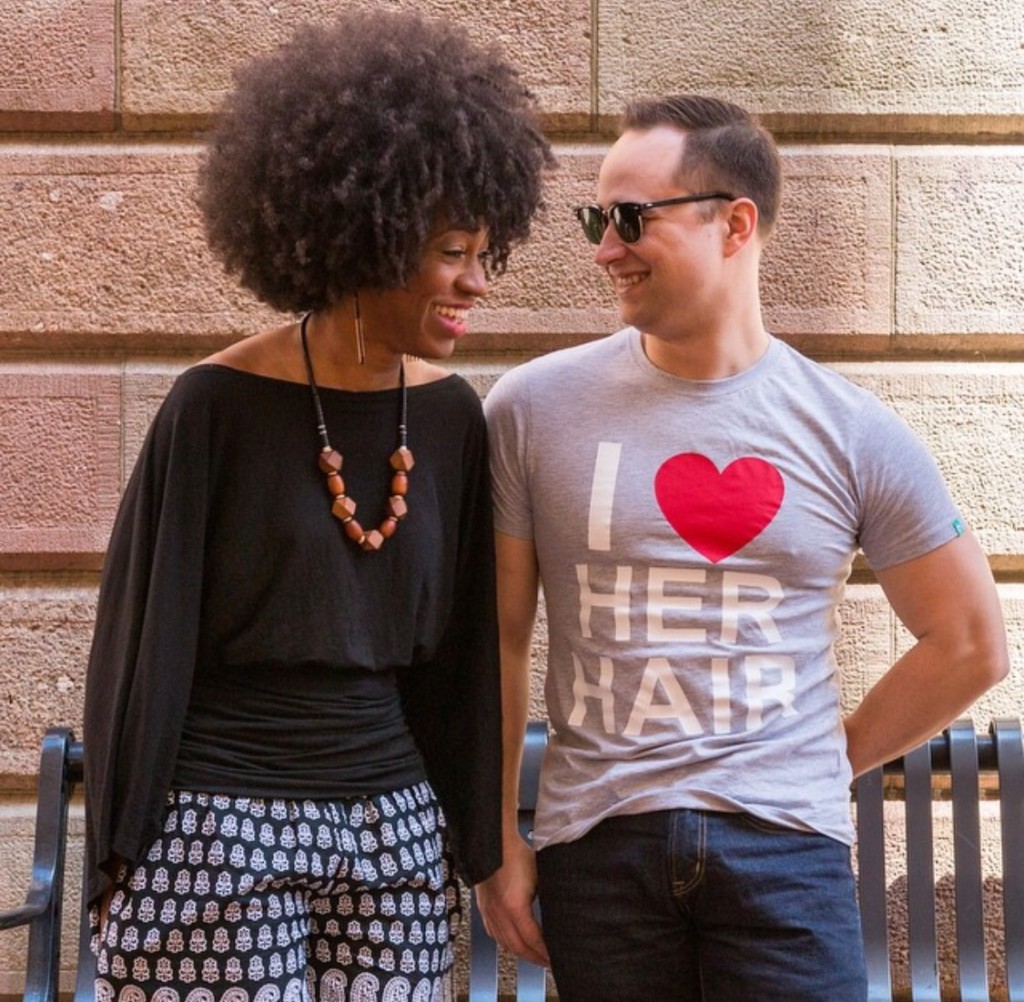 I received many comments about my natural hair, both positive and negative. For some reason the latter tend to weigh heavier than the former. Around the time that I started my transitioning process I met someone who became my love interest. My best friend was rocking her curly hair and as he looked at her he was touching my hair. “I really hope that your hair turns out like hers,” he said.

My first boyfriend loved my curls. Back then I was relaxing my hair and occasionally I was too lazy to straighten my hair. To be honest, he was appreciating this laziness since he was able to walk proudly next to his curly girl. He started convincing me that natural is better, since I show the real me to the world. A year after the end of our relationship, I decided to transition my hair. Why? Because I wanted to make sure that this was my own choice.

During my freshman year, I developed a love interest. This person was the opposite of me: our personality, culture and appearance differed as day and night. He always touched my hair and called it ‘fancy’. However, at some point he was expressing how he wished that my hair looked like the hair of my best friend. At some point, he came to me with a straightening ironer in order to straighten my hair. Looking back, I often realize that this was no good. I do not blame others for being ignorant. Being from a different culture or having a different personal background is not always a motivation for education about other cultures. But if you are dating someone from a different ethnicity it might be worthwhile to learn about his/her ethnicity, instead of trying to influence him/her in such a way that you are changing the person…because in this case there is no love involved.

In the Netherlands we often say: ‘Shit happens, appreciate and go on’ and so I did. It took me a while to love my curl pattern, for years I hated it and many times I felt the desire to grab the relaxer and get over with it. However, I gave up many things, which I regret afterwards. My hair and my personal appearance were not going to be one of those things. Hence, I decided to adjust my hair regimen. Nevertheless, the problem with regards to my feelings and perception towards my hair did not change. So I decided to wear my hair down, no matter what. This brought me to a position in which I was at peace with myself. I no longer put my hair in a bun during dates, no…my hair was being the subject of conversations and the excuses for me being approached by other genders. I realized that the more I loved my hair, the more my surrounding loved it. A couple of weeks ago, a guy asked why I was wearing my hair in a bun: ‘Your hair is precious and you should show it to the world,” he said.

The natural hair movement is so powerful and brings light in the life of those who have difficulties accepting their hair texture. Until now, the movement successfully erased the deep-rooted beliefs that natural hair is not precious. Not to forget, this hair revolution connected naturals all over the world simply by motivating us to embrace ourselves. Every day again I am proud to be part of this movement.